While focusing ahead on the expansion and deepening of Sustainocratic processes locally and globally I was confronted suddenly with a moment of looking back. My awareness break throughs had begun when having to deal with the growing up of my two daughters by myself. Now that they have reached an age that they start dealing with life themselves I suddenly start experiencing new and forgotten levels of freedom. I can go out more often, travel and deal with people in a different, more intimite way. Time has passed by fast, always packed with responsibilities. Having arrived at less turbulent waters now someone invited me to look back at the roller coaster that I had been sitting in: Single father and initiator of a new global model for governance (Sustainocracy)…

Someone once told me that until 40 years of age the physical appearance of a person is what God gave us and after 40 what we made of it ourselves. From an inner perspective something similar happens I presume. Until 40 we learn by interpretation of our actions and their consequences, after 40 our awareness tends to determine our actions. The riping process of the fruit of life shows in one’s face. The paradox of physical degradation and spiritual growth to fullfilment is both painfully humiliating and gratefully producing submissiveness to the wisdom of life. Something like: “before 40 ready to procreate, after 40 ready to cocreate”.  Both extremely satisfying phases of life, both erotically challenging and highly interactive with our fellow human beings. 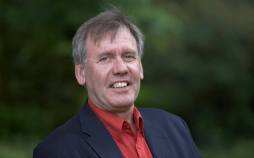 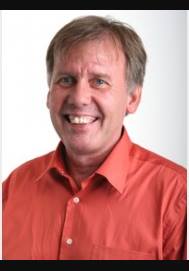 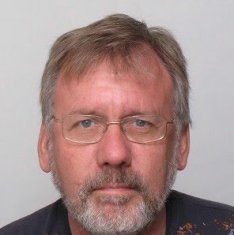 My aging and maturity process as Sustainocrat

My productivity as an author with a vision became primarily reflective of the progress I made myself in awareness and vision development of the true values of life. My single fatherhood gave me the time to reflect and put things on paper. Looking back at the covers of what has been published as books about new forms of entrepreneurship and the new societal engagement with sustainocratic governance, it shows an interesting trayectory. 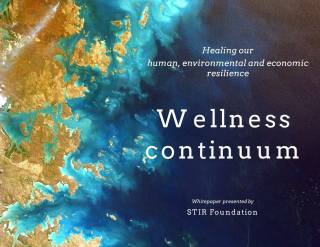 “Change the world and start with yourself” is the easiest way ahead. It saves travel expenses and one can be at it all day. The next step is to invite the near surroundings to do the same. My home town Eindhoven became my living lab. This I could combine with my tasks as a single father, travel by bike and still be on time to pick up the children from school. Various communities appeared of which AiREAS and the former STIR Academy (now School of Talents) are the ones that got most response. Government, businesses, science, schools, citizens, etc started to engage and the clusters of communities started to live an innovative life of their own with sometimes 100’s and 1000’s of participants. 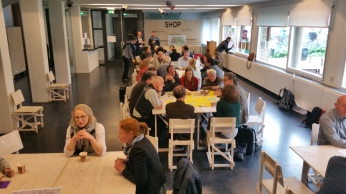 The multidisciplinary tables in action

FRE2SH (city self sufficiency) in action 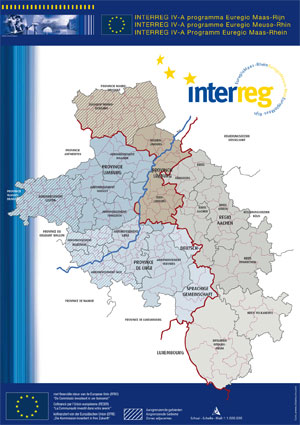 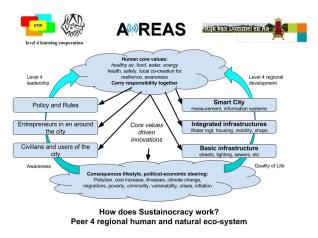 If the above is a minor sample of the results of a crazy idealist that turned into a global initiator of a new model for societal and personal governance, what will the remaining part of my life bring? My maturity has provided me with peace of mind. My determination is still as high as ever but reduced the revolutionist part in me and enhanced the evolutionary side. There is a “can do” attitude now rather than “must do”, which give room for personal joy in the progression and attention for myself, my health, my loved ones and at the same time enjoy the opportunities that lay ahead. It is good to see that the DNA created around Sustainocracy is spreading around the world even without me. That gives me the feeling that  ‘it is all right” allowing me to become a bit more sellective in my ventures and deal with complexity with a senior attitude. The main satisfaction I feel is that the core values defined by me as missing elements in society are now regaining their importance. I don’t have to convince people anymore and can now concentrate on helping make it grow into a mainstream participatory society.