Home » multidimensional world » Are we alone in the universe?

Are we alone in the universe?

This week a satellite was put into orbit equipped with cameras that can see a hair at 1000 miles distance. Research is said to be focused on detailing space in a further attempt to discover other signs of life. 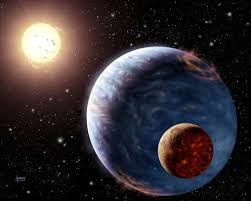 We are not alone
We already know that we are not alone in the universe. The theory is clear and was explained in my blog series about the “secrets of life“. The way life came about on Earth through harmonic frequencies shows that life itself is programmed as an integral part of the working of the universe and not reserved just for our planet. Our planet simply presented the right combination physical, environmental properties for life to set off. These life triggering properties are contained in the already accepted string theory of multiple dimensions of frequencies that hold the universe together. Part of it is sustaining the ability to trigger life.

From a probability point of view the likelihood of finding similar environmental properties as Earth anywhere in the universe is 100%. This means that life elsewhere has been triggered already many times. There is no doubt about that. We can even go further than that. We tend to take Earth as our point of reference because it is part of our perception of a particular, measurable reality. We cannot rule out that there are many more frequency combinations possible that result in material bonding to produce life within different environmental settings. This would kick off lifeforms in totally different conditions than on Earth.

The question hence is not “if” there is other life in the universe but where? And when we find this proof somewhere, how will it have evolved?

Evolution
What probability would lifeforms anywhere in the universe have to resemble in any way our own physical human nature and behavioral properties? That probability is low even though the evolutionary complexity that resulted in the human being does show mechanical logic. The human being is the result of billions of years of very local evolutionary steps that do not follow a straight line. Evolution is already a complex process within the context of life’s basic properties of growth, competition, change and harmony within the confinement of a single planet. This complexity is further influenced by many circumstances that life reacts to but does not control. Think of natural disasters that upset the planet as a whole or the climate and resources in which life develops. The disappearance of Dinosaurs for instance opened up a reality for smaller lifeforms to develop with a degree of success that probably would have been much more difficult if the dinos were still around. In a similar way there is also no guarantee that the human physical form of life survives time even on Earth.

Maybe the mechanical logic of our physical shape could have repeated itself elsewhere in the universe even considering a totally different starting point of life. Creative minds of SF films have come up with ideas of human like creatures that may even have outsmarted our physical design. From a logical point of view, despite the many possible differences, we can expect evolutionary similarities in the evolutionary diversity out there. Still this is a mere charming speculation as the forms that surround us on Earth show already a diversity that can only enhances exponentially when considering new and different habitats.

Consciousness
More likely is the possibility that lifeforms develop over time a similar level of consciousness as the human being. We even see this on Earth with species that are self aware, self reflective and reason by making complex choices. Other species even make or use tools for their benefit.

The human species may have members that reach exceptional levels of awareness compared to species around us, including even most fellow human beings. It is also known that trees even outnumber us when dealing with sensory techniques for life, symbiosis and survival. The question than arises to what extend sensory capabilities have given rise to self reflective properties, the ability to create tools (such as space travel) and for what purpose (we humans create tools for war and progress)?

Tooling and awareness building has provided the human being with a local competitive advantage on Earth under the circumstances in which we could evolve for a few million years. There is no reason to believe that these levels of consciousness cannot have been equaled or even enhanced by other lifeforms elsewhere in the universe.

What would that mean? When we look at ourselves we see that consciousness develops along the line of spirituality (meaning). It gave us initially a better competitive advantage to deal with changing circumstances but once we become dominant our only competition is with our own selves. We come to terms with ourselves through development of values that forcefully are not focused on winning a competition but on finding harmony through adjustments and diplomacy. We then discover spirituality inside by looking at our own inner harmony (the “I am” experience).

From a consciousness point of view other life forms will not differ from us because consciousness has to do with the same string theory of life creating. It is same throughout the universe. We interpret reality in a similar sensory way and eventually come to comparable conclusions.

When they reach a dominant position on their planet too they also are forced to create awareness and empathy and let go of competition. They will also learn to live an existence in moderation, developing ethics and responsibilities within the confinement and possibilities of their own habitat.

Why would such species want to concur space?
There are multiple reasons that compare with our own:

When two species arrive at this point of local evolution, decide to go out into space and manage to meet, what would be their reaction?

I leave you with this question. For me the answer is logical and clear when reflecting about the development of life and its building blocks, both in material sense as immaterial (behavior and awareness). Maybe the answer is a reason for all dominant self aware species throughout the universe to decide not to want to concur space and leave the possibility and outcome to our vivid imagination.

Sustainocracy is a modern design of democratic freedom and society within the context of harmonic string relationships for sustainable human progress. We do envisage the universe as our potential habitat beyond Earth when time and knowledge is there. We then also expect encounters with lifeforms that did not develop on Earth.

By Jean-Paul Close in multidimensional world, Society, Sustainocracy, Universe on December 20, 2013.
← Choices that affect the world Our best wishes →