Who should solve islamitic extremism?

Just after finishing my blog about “what 2015 will bring” the world was shocked by the images of 3 cold blooded murderers in Paris that seemed to prove my point. Islam is responsibility for the Islam but society and sustainable human progress is responsibility of us all together. How difficult can that be? 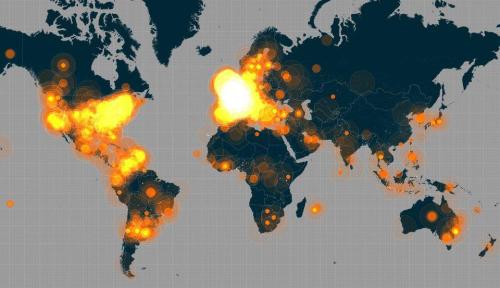 In the name of God
In the name of their perception of God the aggressors claimed their own authority to take the lives of satirical, critical journalists and cartoonists that openly ask for reflection about the attrocities of this type and any other form of extremism, violent or non violent. The satire of Charlie Hebdo itself had reached a point of extremist expression that challenged every ones emotions and values. The “artists” felt protected and justified by their perception of freedom of expression and journalism. The attaque on the Charlie Hebdo magazine was just another type of expression, also of hate and violence, that seems to spread as a virus throughout the world, producing fear, chaos and anger. 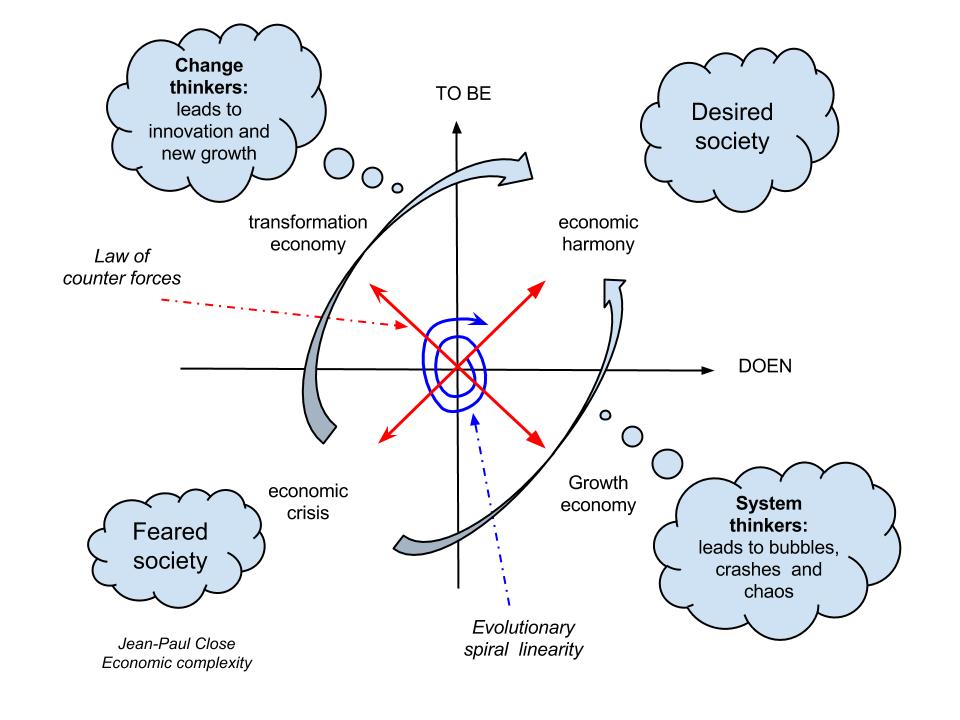 Growth of extreems
The question then arises “Who should solve this? And how?”. Every person of the islamitic belief is rapidly being seen by anyone else as a potential criminal, no matter how hard they claim their peaceful religious self. Also every jobless, bored, self pittying youngster anywhere in the world can potentially find a mission of authority in this extremist world of destruction and killing. They are vulnerable and feel strengthened by the message.

What is happening? How decadent and self destructive is this all? Where does it go? How will it end? My 2015 blog preficts the further growth of extreems that takes us further and further away from balans and harmony up to a point of total collaps. The extremist expressions of cartoonists and the extreem reaction of religiously motivated terror is just a verification of more to come.

Chaos is just as real as greed
For decades we have seen the tremendous growth of individualised and institutionalized materialism in a money driven culture of speculation, manipulations and a political/economic singularity that has driven society apart into islands of wealth and poverty. Only economic wealth development seemed to matter because it became the basis of all hierarchies of power and (democratic) structures of governance. Those who have little to no access to the money driven culture are pushed into the competitiveness of survival or disappear into the emptiness of insignificance inside the growing heartless dynamics of consumption driven (mega)cities.

When being part of lots of “nothingness” the search for identity and significance can take any shape or form. It is a natural process. Some find meaning in drawing any kind of (satirical) cartoon, up to a level of generalized offence and tasteless expression. Others express themselves through street art, or peaceful voluntary activities in helping those who are even worst off, etc. On the other hand we equally find individuals that find their justification in creating criminal groups, form ghettos or choose among the available ideological expressions to make themselves and their cry for identity heard. Just like every moslim is seen as a potential terrorist, every participant in the economic wealth dominance is seen as a destructive parasite with an oversized footprint. Humor, satire or hate is in that sense the same because it builds a growing frustration that needs to be expressed.

Back to basics
In essense all these issues can be related to the disappearing of harmony in our lifes in the fragmented individualised persuit of the wrong things. Our current money driven culture of greed provoques, providing “identity” only to those who can pay for it and show it off. Chaos is a mere mirror image of those who cannot and demonstrate their impotence. These individuals (or even entities) can group and organise themselves in an equally violent way as the bonus claiming bankers and capitalist tax raising politicians with their flock of self sustaining semi government hierarchies.

“Freedom” is claimed by those white collar criminals while they keep entire populations highjacked in an aggressive system of bureaucracy, taxes and debts. The herritage of the industrialised society only wants silent, obediant robots for the sake of productivity, consumption and the puppetering activities of financial dominance. These executives may not use bullets or knifes but torture people through years of fear, dependence and control mechanisms with the threat to take everything away that gives a sense of security (such as money, belief or land) if people do not act conform their immoral rules. They are murderers of the soul even though they leave people physically in tact for further slave like manipulation. No MP force cornered these people when evidence of their criminal activities started to shine through, affecting the wellness and harmony of billions of people. Their criminal offence was justified within “the system”, just like the religious groups claim their justification grabbing another book.

Nature can’t be stopped or manipulated
Nature tries to find its way out of this artificial, lifeless blockage to show that living life is more than shopping, 20 virgins in an afterlife, filling out tax forms, paying interest rates or sending endless streams of CV to get “no” for an answer, if an answer is given at all.

The above claim that line up criminal bankers, politicians and killing religious maniacs can be justified by noting that they all gain their status over the back of other, innocent, non violent people. They can all be classified in the same category of identity seeking mentally disturbed. While bankers and politicians find their justification in organising their own lawfulness through selfish misinterpretation of constitutions and universal human and natural ecological rights, the murderers seek it in self interested misinterpretation of the Koran, Bible or other words of God.

Our human world has grown sick in its meaningless diversity of persueing fatah morganas, nothingness and emptiness that only results in the irrevocable death of everything. Charlie Hebdo is a sad example of multidisciplinary decadence and a call for awareness to spread. It is not just freedom of expression by drawing insults. It is not freedom of expression by using God to justify the killing of a living person. It is not the financial benefit that justifies the abandoning if human and ecological values. It is the level of respect, ethics and responsibility with which we deal with our existence, interhuman relationships and sustainable human progress.

How can we solve this?
The easiest way to address the above is to turn our back to it and live your own life in harmony with your surroundings. This is not easy because all human wellness related services such as housing, health care, etc. are in the hands of the same dominant bandits that only allow usage when in compliance to their rules. Freedom of usage of our surroundings and building up harmony between nature and sustainable human progress is not possible because of the artificial blockage. To free oneself one is forced to claim universal rights that others out of self interest have taken away from us. Tension cannot be avoided as space and freedom is not available unless claimed. But against which arguments? Can the ones already written be of service or should we make one of our own?

If the Islam claims to be a religion of peace and cohesion, why does it not take public distance from the attrocities of people who misuse its name and holy scripts? Why doesn’t it punish those bandits publically and introduce an educational platform that avoids such misuse in the future.

The same goes for politicians and bankers that claim peace through democracy but meanwhile allow freedom to be blocked by debt development, interests and dominance of dependence driven solidarity to their power instead of humanitarian values. Why do they use the instruments of law for debt collection but not for criminal practice of speculative decadence? Why do they accept human rights in their constitutions when subsequently they do not defend them, placing them on the background of political and economic agendas?

The leading manuscripts may have been written one time from a degree of consciousness and need for peace and progress but became manipulative tools in the hands of those who misuse it selfishly in its name. Those manuscripts are then useless, no matter the awareness that originated them. The purpose and meaningfullness has been given away by the lack of defending its original values or evolving as time evolves. If the system is obsolete and its inside becomes its own rotten disease instead of cure than a new one is to be introduced, clean, free from illnesses and with passionate support of peaceful self sufficiency in human progress rather than destruction. Such commitment to life and togetherness is Sustainocracy.

Conclusion:
The origin of the global unbalans is the positioning of our societal reality and development in economic growth which creates also exponential growth of poverty and related desperate reactions, equally extremist in every aspect as the legal slavery of financial dominance.

The solution is to be found in the repositioning of society in the field of harmonic interaction for sustainable human progress. The difficulty resides in defining such society (like Sustainocracy) and commit to it by letting go of the past. Such commitment goes with other rules for governance, expressionism and entrepreneurship, based on key values of human existence and our responsibility to protect them. When that is accepted we can also come to terms with our period of unbalans, its causes and learn from our mistakes. We don’t need bankers, politicians, cartoonists, religious murderers or other extreme expressions of power to formulate our own values for progress and develop guts to demand respect. It is a personal choice to take our stand and say no to all the above by becoming the example and living image of the emerging world of harmony, cocreation and sharing wellness.

If any expression, organization or ideology of the past paradigm wants to participate in the new society of balanced harmony and cocreation it will have to adjust and commit to its values for sustainable human progress. Speculation, murder, expression of power and offensive communication will be challenged against our new levels of ethics and shared responsibility. It are the muslims, bankers, politicians, etc that have to take responsibility themselves and take a distance while committing 200% to our value driven society. If they don’t time and counter efforts will eventually throw them over and bring them to Justice against the new set of rules. 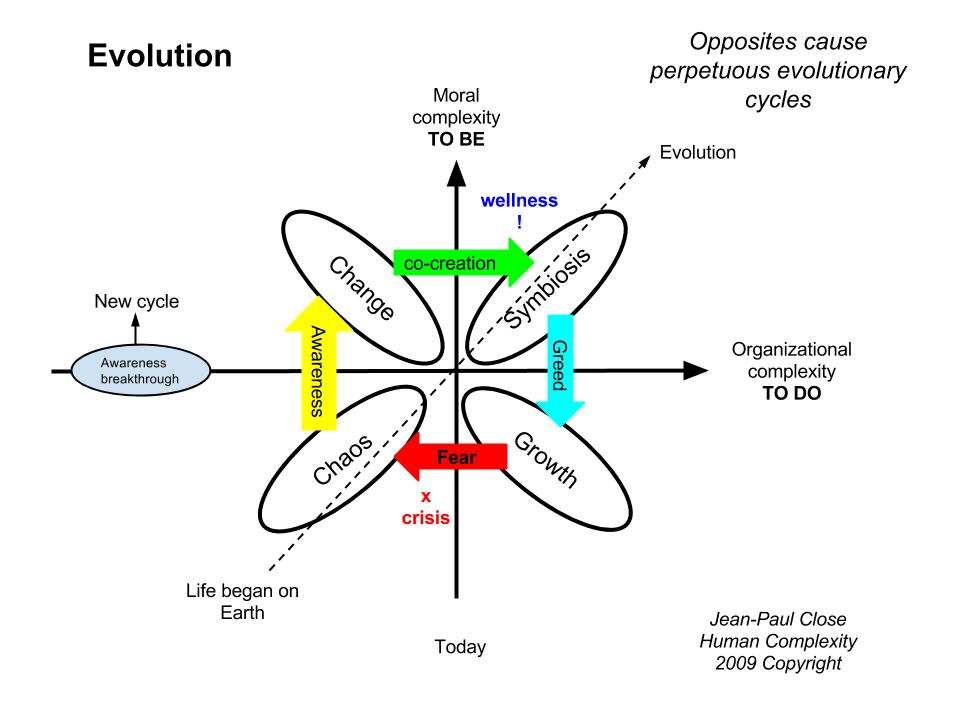 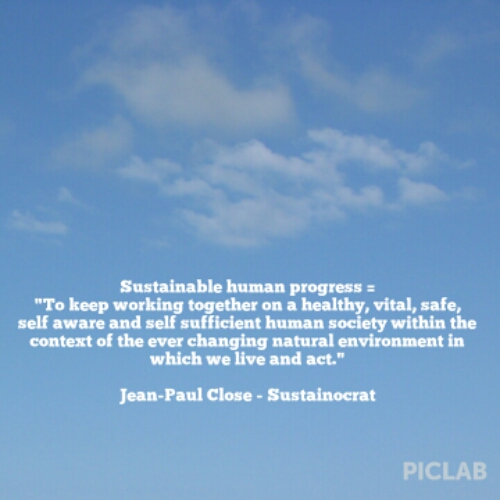 By Jean-Paul Close in AiREAS, multidimensional world, Society, Sustainocracy on January 8, 2015.
← What will 2015 bring? The spiritual dimension of business ethics →