When dealing with the City of Tomorrow as STIR Foundation we are challenged by banking people to help define the “bank of tomorrow”. New initiatives are being worked out but invariably the issue arrives at the financing of banking services, the salary of bank personnel. They keep seeing money as a product, not as a means and calculate profit by introducing an interest rate.

Money is energy
I try to explain the concept of money as energy in value creation processes. I compare money with solar energy. If we had to pay interest over the energy provided by the Sun then Earth would have to generate more energy than the Sun to pay back. That is impossible in nature.

The same goes for money. We cannot create more money, we can create values by using money, just like we use the energy of the Sun to create and sustain life. 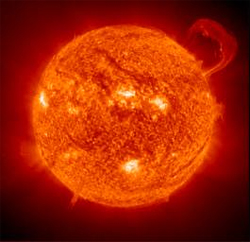 Speculation
Most bankers get confused with the term “money creation” from money, the magic of making 2 euros out of 1 so to say. This term was introduced when money became an instrument for speculation. If you lend 100 against 103 per year, you “created” 3 the first year. After 23 years you have “created” 200. 1 became 2 as by the art of magic.

This is of course no money creation. It is an illusion that is created by transforming human or material energy into money by taking it away from circulation.

If you invest 100 in a precious stone when there is a shortage of such stones then you can sell it again for 300. One may think that money is created but again it is an illusion. All that is done is a stone being taken from the circulation to create a shortage slowing down value creation in exchange for speculation. We have not created money, we made the circulation of values less accessible for progress. If the stone is a gem the hoarding would be fine because its value is mere psychology. But when this psychology is used for a house for people to live in it would be a disaster. Worst still, if it is food instead of stones life would be exchanged for death. In the end everything would come to a hold.

If we would take solar energy away from life out of speculative interests then we would not bid but cease to exist. That is what happens with progress. It disappears.

Bank of Tomorrow
The bank of tomorrow is hence the equivalent for value creation as the Sun is for sustaining life. Money is as solar energy that needs to flow freely in evolutionary processes like the transformation of light ot heat into practical energy for usage in life creating and sustaining processes. Money is a means. It does not regenerate, create itself or revalue itself. It is a transformative catalyst. We can’t eat money nor live in it.

Salary for bankers
Bank employees are only needed in the bureaucracy around speculation. In the bank of tomorrow no massive amounts of employees are needed. Money is an external source of energetic supply that is only meaningful when things are done with it. People managing that process are compensated by the values they create not the money used. They just have to assure that the energy is used and not speculated with.

By Jean-Paul Close in Society, Sustainocracy, Universe on April 21, 2014.
← There is no leadership in world economics Earth day →